Rooftop solar company Sunrun presented a case for solar + storage having the highest benefit of offsetting utility infrastructure requirements, citing research from a Crossborder Energy. The research used data from APS in Arizona, where a settlement was reached on March 1st regarding rate designs for solar customers. Sunrun also cited recent research by Berkeley that calls into question arguments made by solar critics that rooftop solar increases retail rates.

Crossborder Energy Research and the Value of Solar

Crossborder found that a typical solar home in APS territory would result in more than $750 in avoided costs for the utilities and these savings would continue for 20-30 years or more.

For a solar + storage system, assuming the battery allows the percentage of a solar system’s production that can stored used during peak production to increase from 36% to 75%, the $750 per household would increase to $1,500 ($0.15 per kilowatt hour).  If you were to add storage to the 1 million existing solar homes in the U.S. it would generate savings of $1.5 billion a year and cost only $5 billion or a ~3 year payback period. 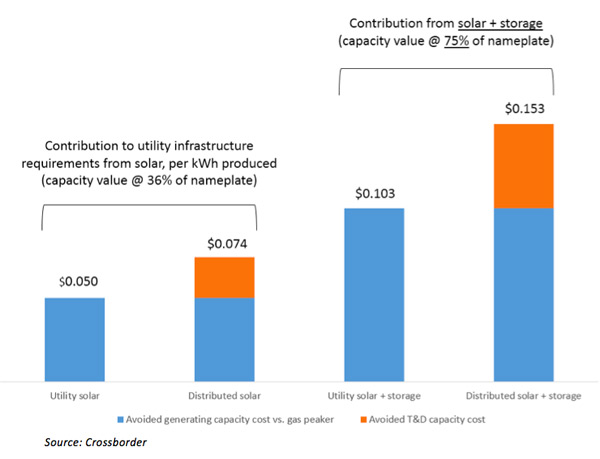 The Impact of Distributed Energy on Electricity Prices

Also cited in the analysis, was a January 2017 study from Berkeley, Putting the Potential Rate Impacts of Distributed Solar into Context, which concluded that for the vast majority of states and utilities, the effects of distributed solar on retail electricity rates will remain negligible for the foreseeable future. The study noted that energy efficiency has had and is likely going to continue to have a far greater impact on electricity rates than distributed solar. The Berkeley study noted that potential impacts would be greater in states that have high solar penetration such as California, New York and Hawaii. 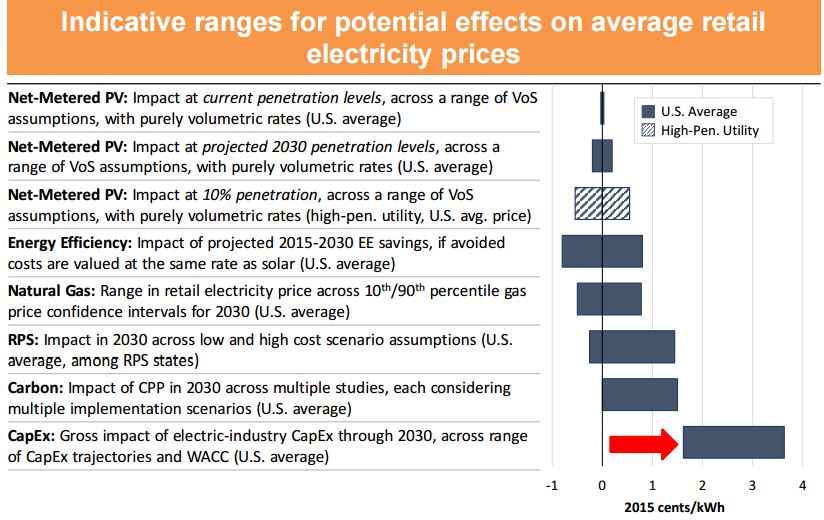 Sunrun recently formed a partnership with National Grid to expand solar in New York, which helps validate the value of solar in avoided costs to utilities. The partnership includes a joint marketing agreement, a collaborative grid services pilot, and a direct investment by National Grid in Sunrun’s tax equity funds. The partnership could provide a boost to the New York solar market, which experienced slower growth in 2016 and also shifted away from national installers as more consumers choose to buy vs. lease solar panels.