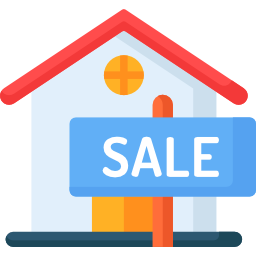 In deciding whether to go solar, homeowners want to understand if solar panels increase home values or impact the real estate transaction timeline. Solar home valuations are complicated and evolving as the market grows, but fortunately there has been a wealth of objective research on the topic. We have studied this research and synthesized the conclusions below (for those of us that do not hold a PhD in advanced statistics) and also supplemented with our own real world examples.

The primarily conclusion from these studies is that buyers will pay about the market price for a solar system, which is better than most other home improvements that only recover a portion of the cost.

This conclusion is intuitive to us – imagine a new widget for a factory that if installed would save the company $10 million, but it only cost $5. How much more would you pay for the factory with the new widget installed? Even if it saves you $10 million, you could buy a comparable factory without it and purchase the widget for $5, so you would probably pay approximately the cost of the widget. The same principle can be applied to solar systems.

The research on topic is excellent and comes from reputable sources, so we encourage you to read the full summary.

The Lawrence Berkeley National Laboratory (Berkeley Lab) is one of the most trusted research institutions within renewable energy and has led the research studies on solar home valuations. The Berkeley Lab was founded in 1931 and conducts research on behalf of the United States Department of Energy with a staff of over 3,000 and budget of over $785 million. In 2015, the Berkeley Lab released “Selling Into the Sun: Price Premium Analysis of a Multi-State Dataset of Solar Homes“, which analyzed real estate transactions on 22,822 homes (3,951 of which were PV) in 8 states (California, Florida, Maryland, North Carolina, Pennsylvania, Connecticut, Massachusetts and New York) that occurred from 2002 to 2013. The study only looked at homes with host-owned systems vs. homes with solar leases or power purchase agreements.

The conclusion of the study was that solar panels increase home values: solar homes carry an average premium of $4.00 per watt or $15,000 for a 3.6 kW system. The premium also closely tracked the net cost of the system (after incentives), meaning that purchasers were not willing to pay more than the replacement cost of the system after state and federal incentives. 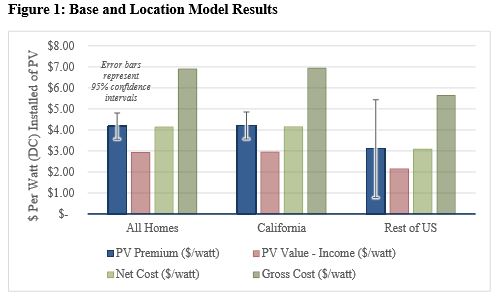 How Does This Research Impact My Solar Decision?

The research is extensive, but there are a few important summary takeaways for homeowners considering a solar investment:

Assuming you pay a market price for your solar system, you should be able to recoup all or most of the system value if you decided to sell your home. This compares more favorably to other home improvement investments, such as a kitchen remodel, in which only 60% of the costs are recouped at sale on average. Solar is also more standardized vs. a kitchen remodel in which value is subjectively based on a buyer’s personal style and preferences. There is more certainty that solar panels increase home values compared to other improvements.

Base Your Decision on Actual Savings
As the Oracle of Omaha Warren Buffett advises, investment decisions should be based on cash flow returns and not what you expect someone else to pay you for the asset. The same concept can be applied to an investment in solar – you should calculate the near-term utility savings and make sure that savings at least covers your solar loan payments or provides a healthy rate of return on a cash purchase.
Pay the Right Price
The study shows that a buyer will pay you the net replacement cost of the solar system, so if you overpay for you solar system, you could lose money on the investment if you decide to sell your home. This seem intuitive, but public data reveals that some homeowners continue to overpay for solar, so use OhmHome to check recent pricing information

Homeowners may also ask “If the price of solar is declining and I only receive the net replacement cost of the system upon sale, should I wait until the market price declines more?” Our view is that while the gross cost of a solar system has declined significantly in the last 10 years, the net costs after incentives has declined more gradually as the benefits of state and federal incentives (including net metering) decline. So the benefits of utility savings now may be greater than a potentially slightly lower price in a few years if prices decline.

In 2014, there were a number of high profile articles noting that solar panels, particularly those owned by third-parties (TPO systems) created issues in real estate transactions, but the claims were largely overblown based on follow-up research. To provide clarity on these issues, the Berkeley Lab conducted a survey, “Survey of Buyers, Sellers and Realtors Involved In San Diego Third Party Owned Solar Home Transactions.” At the time, solar leases and PPAs represented ~70% of the market, but this has changed as more consumers are choosing to buy vs. lease solar panels.  The study surveyed real estate agents and home sellers and buyers and concluded the following:

The research should provide confidence to buyers that solar (third party or loan) will not create significant issues to the actual real estate transactions. In addition, since the study, real estate professionals have become more familiar with solar and solar companies have invested in administrative support for sale transactions.

At OhmHome, we leverage public research studies, but also like to supplement with our own research – we want to “do our own homework” to ensure we get the right conclusions. To that end, we conducted an abbreviated paired sales analysis in San Diego to get another perspective on whether solar panels increase home values.

San Diego is an optimal location for the study, as many of the other studies have focused on California markets and certain zip codes in San Diego have solar penetration rates of greater than 20% (also see solar penetration by state). We chose transactions in Chula Vista, an area in south San Diego that has high solar penetration and large housing developments that were built in the early 2000’s, so it is easier to find homes that have very similar characteristics.  We used permits from the city of Chula Vista and real estate transactions from Zillow and also referenced other local San Diego real estate data.

The Appraising into the Sun study by Berkeley was conducted by professional appraisers and confirmed that the increase in appraised values from solar panels is similar to the increase in market values. In addition, the FHA, which insures federally-backed mortgages (one of out of every five in the U.S.) and has significant influence on appraisal practices released guidance on the treatment of solar systems in appraisals. FHA’s Single Family Housing Policy Handbook states that appraisers “must analyze and report the local market acceptance of special energy-related building components and equipment”.

For additional research on how solar panels increase home values, refer to the following resources on solar home valuations.

We'll send you the latest solar and cleantech product reviews and deals to help you save money, time and the planet!