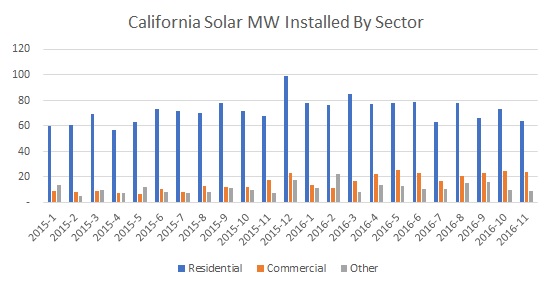 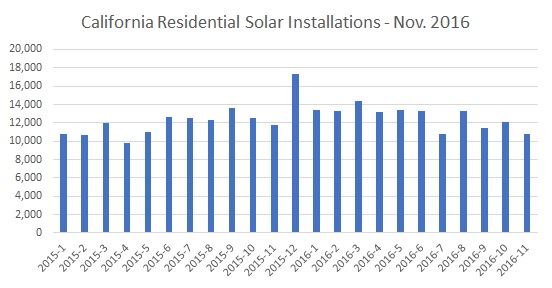 National installer market share (SolarCity, Sunrun, and Vivint) continued to decline reaching 32% in November, down from 44% in the beginning of the year.  We researched this trend in Q2 of 2016 and attributed the decline to a pull-back in acquisition spend by national installers and increasing platform tools and support for regional installers within core financing and customer acquisition functions. 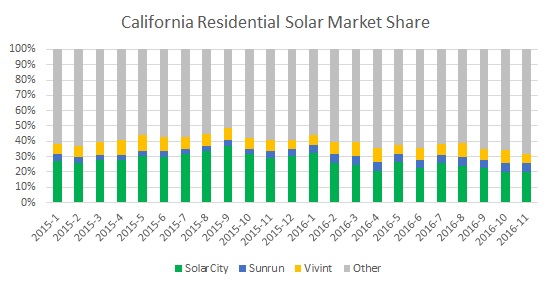 A bright spot in the California Solar market was the Commercial sector, which has installed 222 MWs through November of 2016, approximately double the 114 MWs installed through the same time period in 2015.  The commercial market has been driven by corporate buyers, including Target, Walmart and Apple.  Financing companies, including Open Energy have helped open up the commercial solar market.

Through 2016, San Diego County and Los Angeles counties saw mid-teens growth rates, while the Inland Empire counties (Riverside and San Bernardino) declined by 7% and 12% respectively.  Growth in San Diego continued despite a change to Net Metering 2.0 in July of 2016.  Net metering 2.0 included an additional interconnection fee and time of use rate structure.  SDG&E was the first investor-owned utility in California to transition to a new private solar program after meeting previous program limits and was named the #1 utility in America for renewable energy sales. 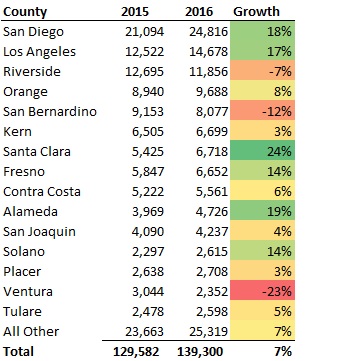