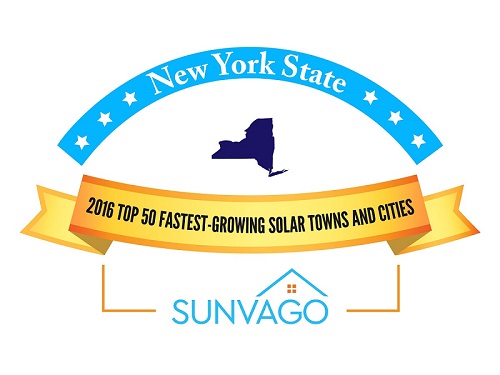 Solar is a contagious product, as a significant portion of sales are driven through neighborhood referrals (as much as 60% in certain cities).  SolarCity illustrated this trend in their analysis of “viral” solar cities.  Using data from NYSERDA, Sunvago analyzed the top 50 fastest-growing cities in towns in New York.  Note that the data does not include New York City and only includes cities with 50 or more residential solar installations.