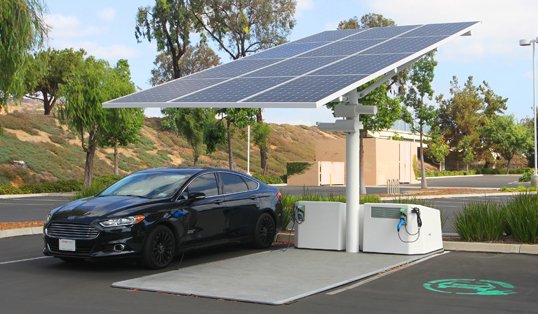 Electric vehicle charging stations can be an attractive investment for high traffic retail locations that want to lure in EV shoppers. EV charging networks including Chargepoint, which has raised over $300 million for expansion and EVgo, which was previously part of NRG Energy are both aggressively building out their partnerships with retail locations.  Other companies pursuing similar models include Volta Charging, which partners with consumer brands to advertise at the EV sites.

Although residential EV charging is a fraction of the size of the public charging markets, residential solar and other companies in the space have been pursing opportunities to integrate the two for consumers. Most notably, Vivint and Chargepoint announced a partnership to offer Fully Integrated Solar, which combines a solar energy system, EV charger, home battery and smart home technology.