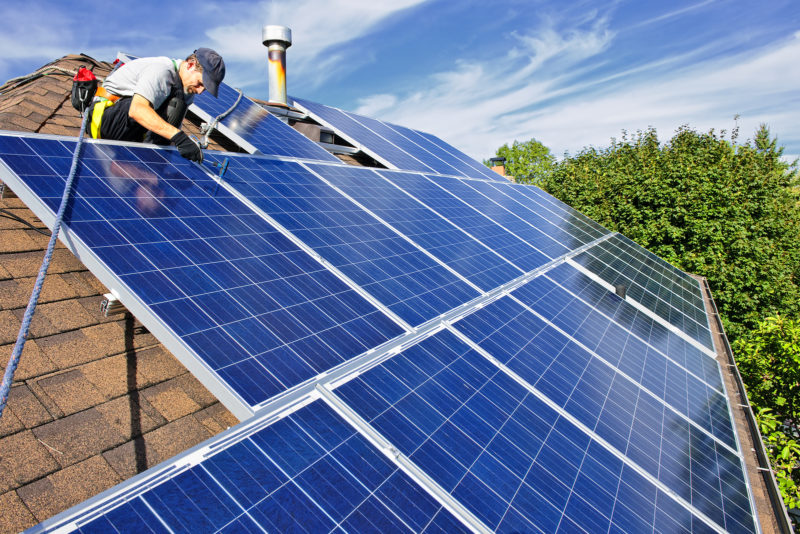 Study Shows If You Want to Save on Solar, Use a Local Installer

A recent study from the National Renewable Energy Laboratory (NREL) found that large solar installer (those that installed more than 1,000 systems in any year from 2013 to 2015) quotes were $0.33/W higher (or 10%) than non-large installer quotes offered to the same customer. Large installers offered a higher quote price than a corresponding non-large installer in about 70% of pairings. The NREL study is unique in that it uses price quote data versus installed pricing data in order to compare quotes offered to the exact same customer. The study concluded that customers could benefit from obtaining more quotes before deciding to install a system (also a top consideration in OhmHome’s guide on how to choose a solar company). 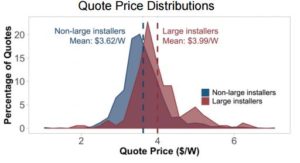 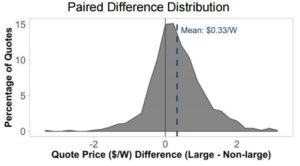 The study offered several hypothesis on why the pricing difference exists. Large installers may bid higher prices due to imperfect competition in the customer quote collection process. Customers may also attribute benefits to large installers (perceived or real), including higher quality or trustworthiness or large installers may offer superior warranties or inverter replacement terms. Large installers may also have customer acquisition scale advantages, although Telsa and other large firms recently announced a reduction in acquisition spending. This reduction in spending is likely a key driver to the estimated 41% decline in solar in California in the first quarter of 2017, as OhmHome’s Solar Index indicated.

Below is a summary of pricing behavioral differences between large and small firms from the study.

OhmHome’s research on solar pricing in California indicates that there is still a wide distribution in per watt pricing. The chart below shows the distribution of cost of solar per watt in California in Q4 of 2016 for larger systems.  Pricing is widely distributed in part due to quality of panels and equipment, but as the NREL study indicates, there is still an opportunity for tighter pricing distributions through increased consumer transparency. For more information, refer to OhmHome’s pricing guides for California (Los Angeles, San Diego, San Francisco) and New York (New York City, Long Island, Syracuse).

The full report from NREL can be found here. 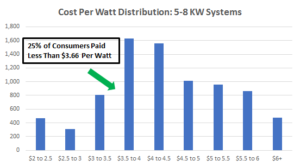