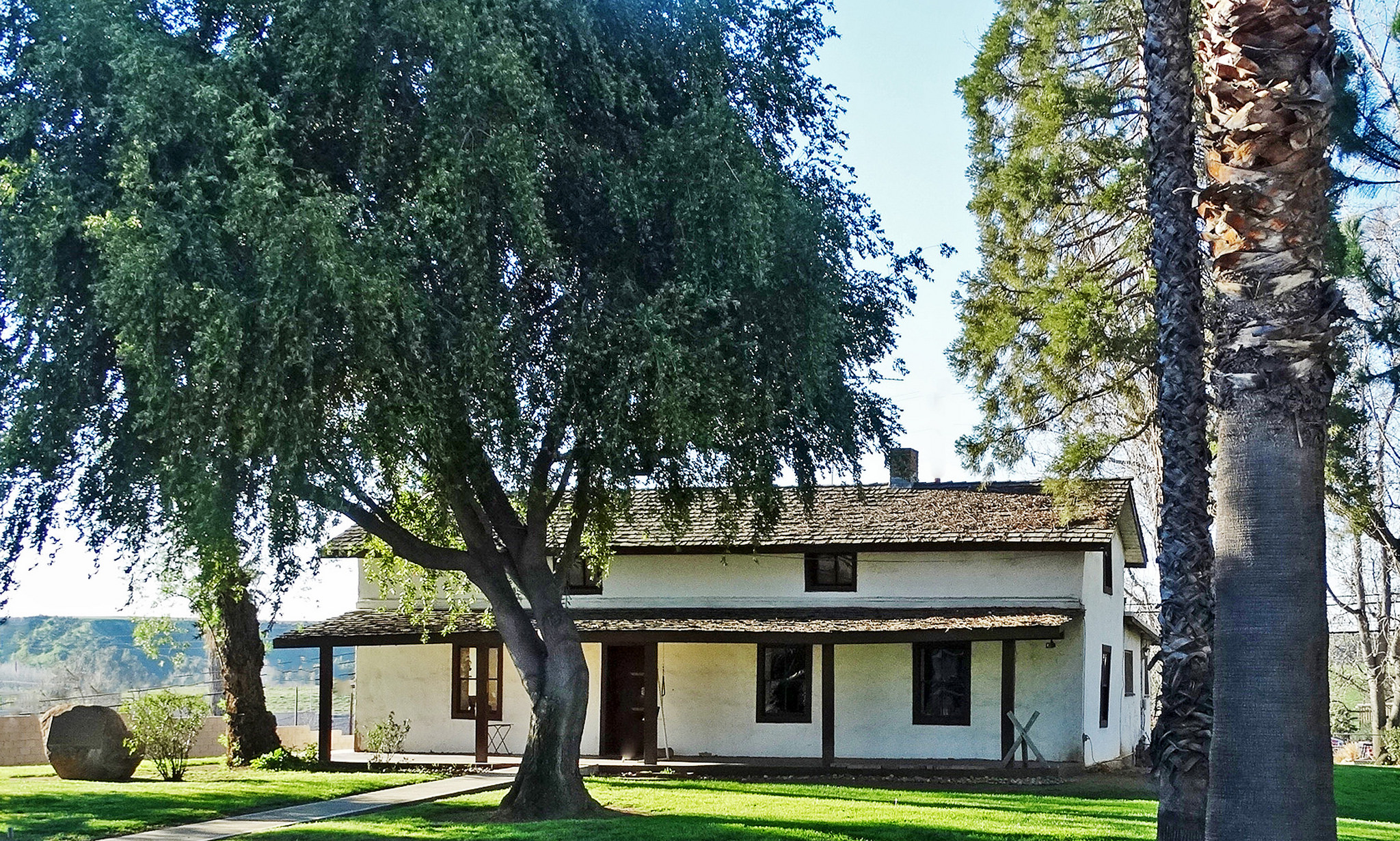 Solar Panels in Fresno: An Overview

Cost of Solar Panels in Fresno 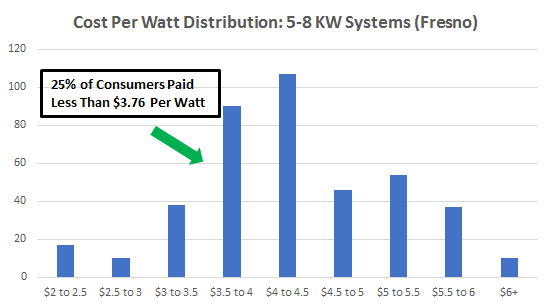 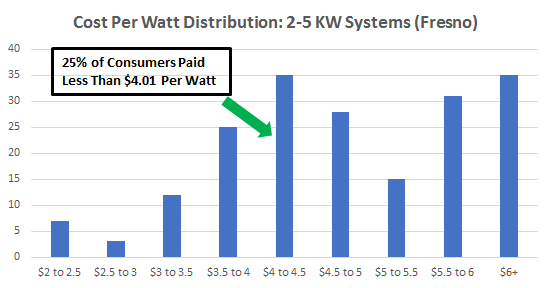 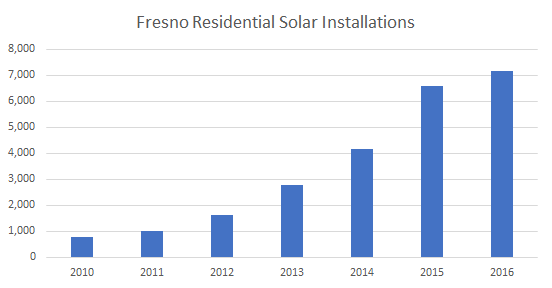 In 2016, 50% of consumers purchased their solar system either with cash or a loan vs. and 50% used a lease or power purchase agreement (PPA) structure. Refer to our lease vs. buy guide to understand the implications of solar financing options. The percentage of consumers that purchased their solar system in California has increased in 2016 due to an increasing number of low-cost solar loans. 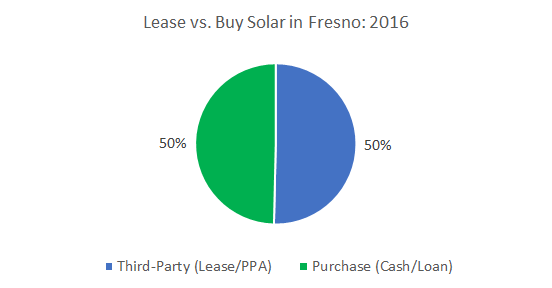 Choosing a solar installer is arguably the most important step of going solar and we recommend reading our guide on how to choose a solar company. In California in 2016, approximately 60% of consumers chose a local installer vs. 40% that chose a national installer (SolarCity, Vivint or Sunrun). 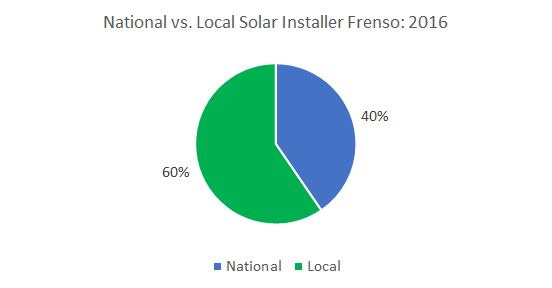